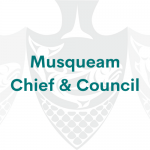 In accordance with the First Nations Elections Act, Musqueam Indian Band held an election on Monday, November 30, 2020 to elect one chief and ten councillors for the next term of office.

All 497 ballots were counted last night after the polls closed at 8pm.

Chief Wayne Sparrow was re-elected to his fourth term as chief. Seven incumbents were re-elected to Musqueam Council, and three members were newly elected this term.

Congratulations to the new council! Your community has shown their support in your expertise, and trusts you to guide us for the next four years as we prepare for self-governance. 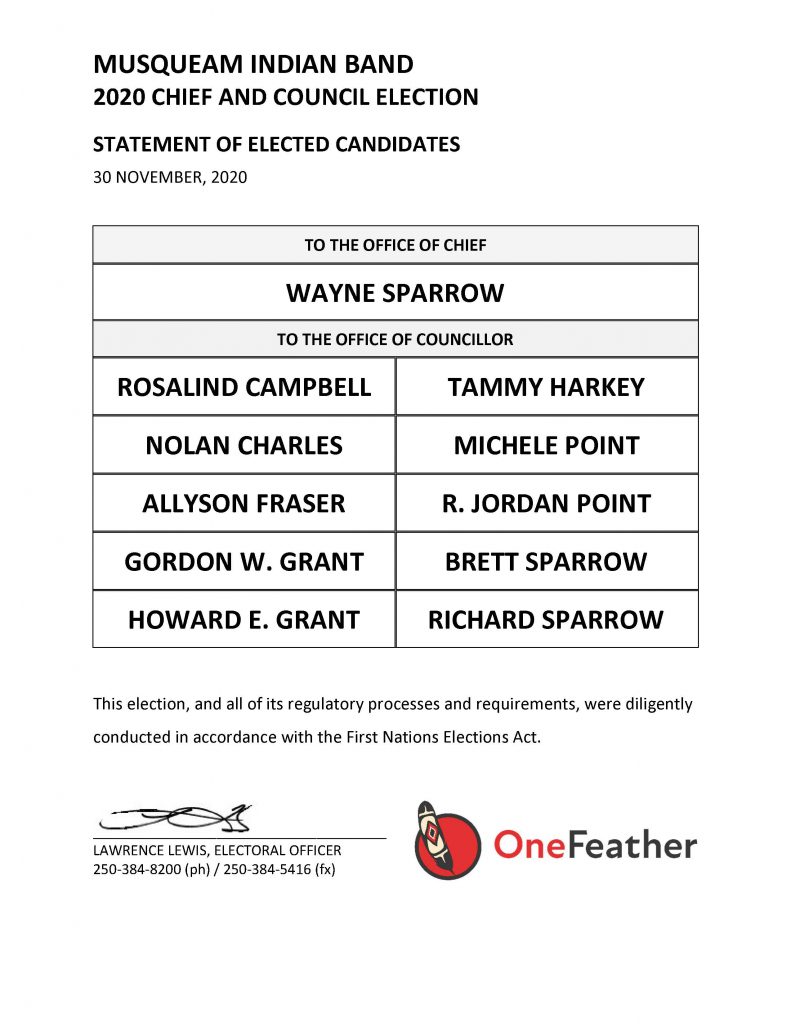 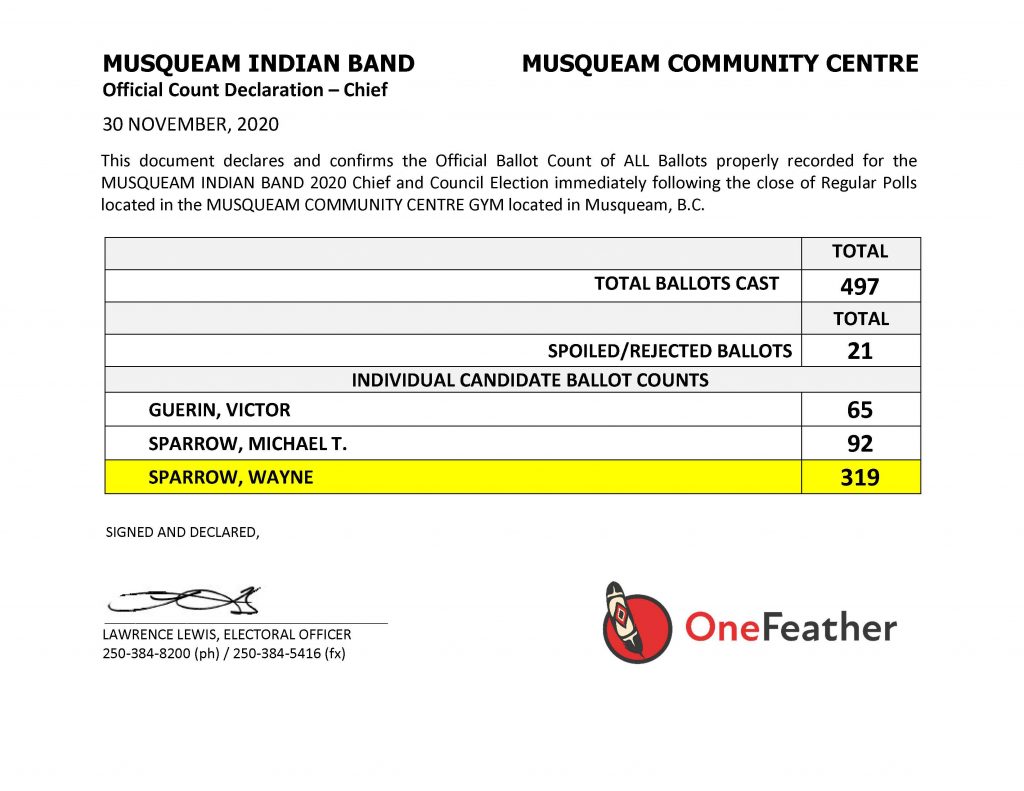 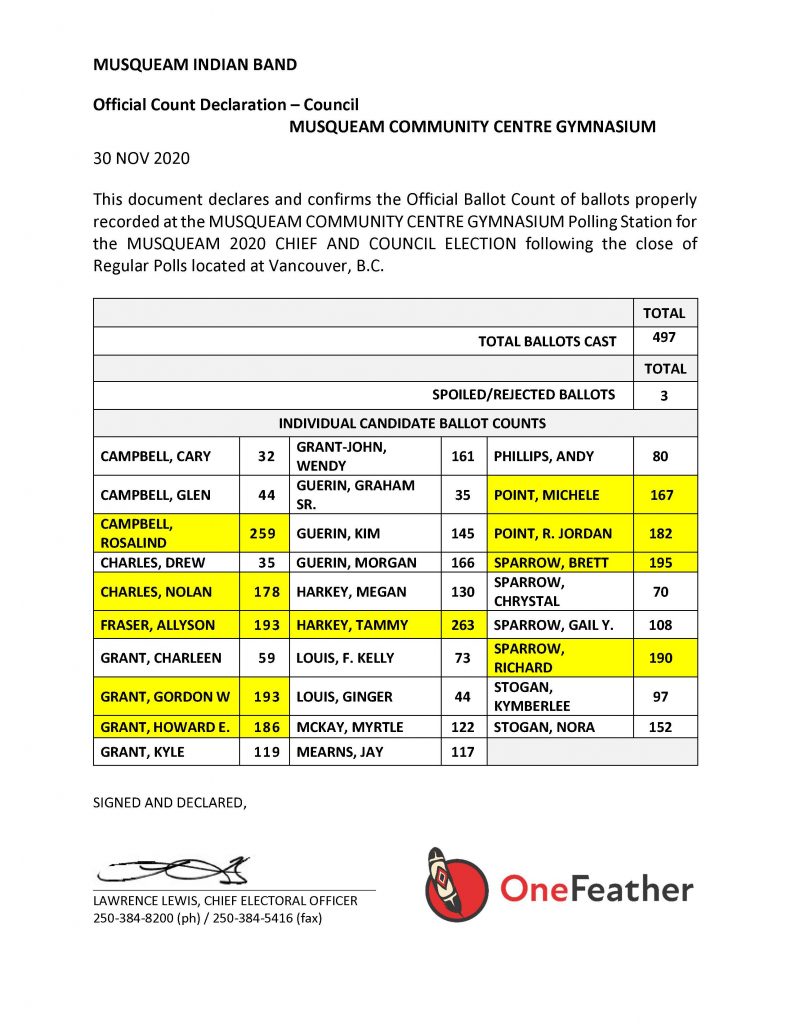 When will Musqueam get the COVID-19 vaccine?

Musqueam Health has been in regular communication with
Chief & Council / COVID-19 / Health
January 13, 2021

We are happy to report there are no active cases of COVID-19 on Musqueam Reserve. The health protocols that
Community / Remembering
January 12, 2021